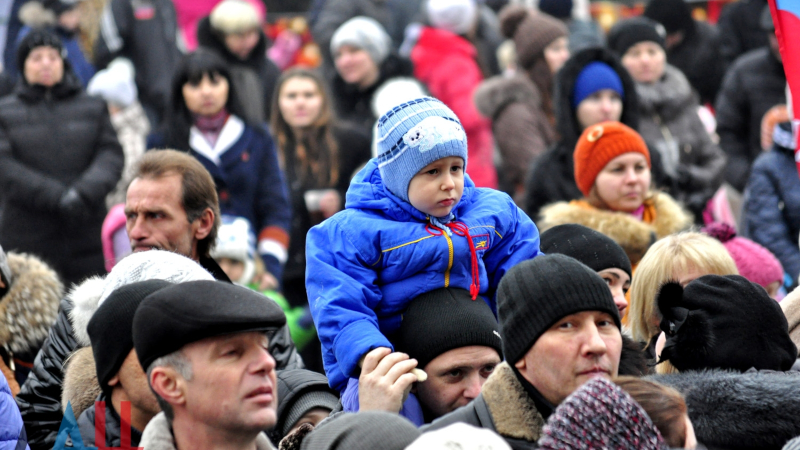 For some reason, this was hardly noticed by russian official sources - there was a steady tendency to improve the demographic situation. The main achievement - the natural population decline has practically stopped. If you look at the official statistics of Rosstat, the number of births almost equaled the number of deaths: 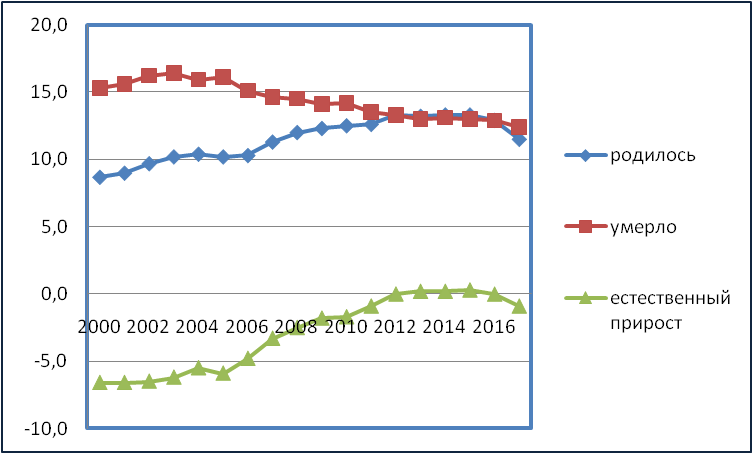 The values ​​on the graph show the number of births, deaths, as well as the natural (without migration) population growth per thousand people. Russia reached its peak of natural decline in the late 1990s, after which the situation began to improve. An amazing event happened in 2013 - firstly from USSR crash population growth was recorded (very a small, but it is achievement). In all subsequent years, the values ​​continued to fluctuate slightly around zero.

What is this? The error of statistical measurements or the new demographic reality in the country?

How the world measures fertility and mortality

To answer this question, we need to explain how fertility is usually measured in the world. The coefficient given above is the number of births per thousand people (crude birth rate). Its calculation method is very simple - the number of children born in the country for a calendar year is taken and divided by the total population, for convenience, the received value is recalculated per thousand population. Comparing with the mortality rate calculated by a similar formula, we get a natural population growth - the dynamics of these indicators is given above.

But another importnant demographic indicator is total fertility rate (total fertility rate). It shows the average number of children that a woman will give birth during her reproductive age (15-45 years). It is believed that in order to achieve the level of natural reproduction, the value of the coefficient should be at least 2.1 children per woman. We noticed that we are not talking about the actual number of children born - the indicator is calculated as the summorized expected number of children born to women of each age, and the probabilities are calculated based on the birth rate statistics of the current year. For example, 15-year-old women over the past period gave birth to an average of 0.05 children per woman, 16-year-olds - 0.07 children and so on for each age (up to 45 years). Summing up these values, we get the expected number of children born by an average woman during her reproductive age. The measure demonstate borning behaviour and attitude of all momen in current year. If women's behavior changes, each age burning probabilities are change too. The total fertility rate is an artificial measure, which don't calculate actual borning statistics of each women during all her life, and it is based on statistics and law of big numbers.

But despite its artificiality, the total fertility rate has one definite plus - it does not depend on the age structure of the population.

If at the time of observation the young population prevails in the country, the number of births per thousand people will be high, and the mortality rate, on the contrary, low. As a result, a natural population growth will be observed, even if now the number of children born in families is decreasing. This phenomenon is called demographic inertia - the absolute birth rates do not depend on the current fertile behavior of women, but on past birth rates (usually with a shift by the average age of puberty, depending on the country, about 25 years).

The total fertility rate is devoid of this drawback - it allows us to say what is happening here and now - in particular, it is advisable to evaluate demographic policy efficiency and predict changes in the population in the future.

What is the reason for the natural population growth in Russia?

Rosstat publishes both indicators on its website. So - the natural population growth is close to zero, while the total fertility rate in 2016 was 1.6 children. This is well below the threshold of 2.1 children. So why then in Russia the population is not declining? 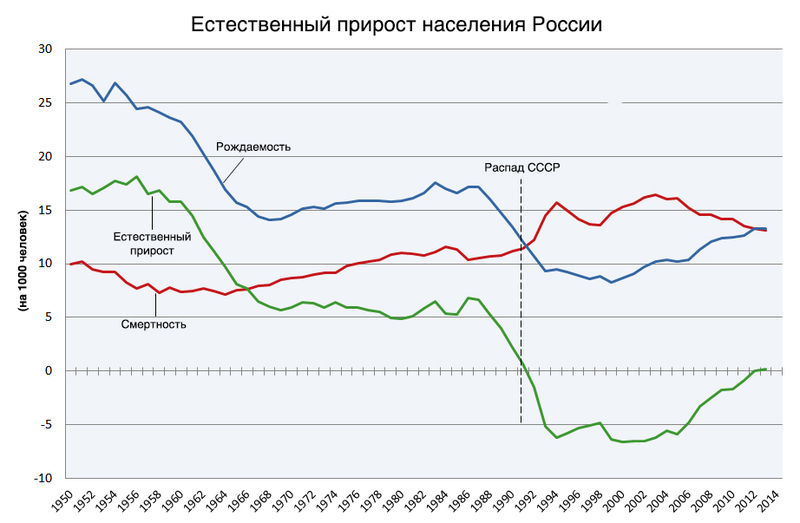 Natural population growth in Russia and the USSR, per 1000 people.

There are two main effects. The first is related to fertility cycles (some researchers attribute this to the influence of World War II). The last surge in the number of children born was observed in the late USSR - the last maximum occurred in 1982-1987. During the beginning of 2010, the girls of these birth years were in active reproductive age - hence the surge in the number of children born.

The second reason is a sharp decrease in mortality. The number of deaths reached its absolute maximum in the early 2000s, after which it steadily falls. This is partly due to the departure of a large pre-war generation, and partly to the increase in average life expectancy. This is especially noticeable in men - if back in 2003 the life expectancy of a man was not much more than 58 years, now it has reached a record for all Soviet-Russian history 67.5 years.

Is the number of children in the family still bad?

Total - the Russians still do not reproduce themselves, but due to several coinciding positive trends, they managed to achieve a stable zero natural increase. However, we should expect that in the near future this stock will be exhausted.

But not everything is so bad. The graph below shows the dynamics of the birth rate (average number of children per woman) in Russia for the late Soviet and Russian periods. 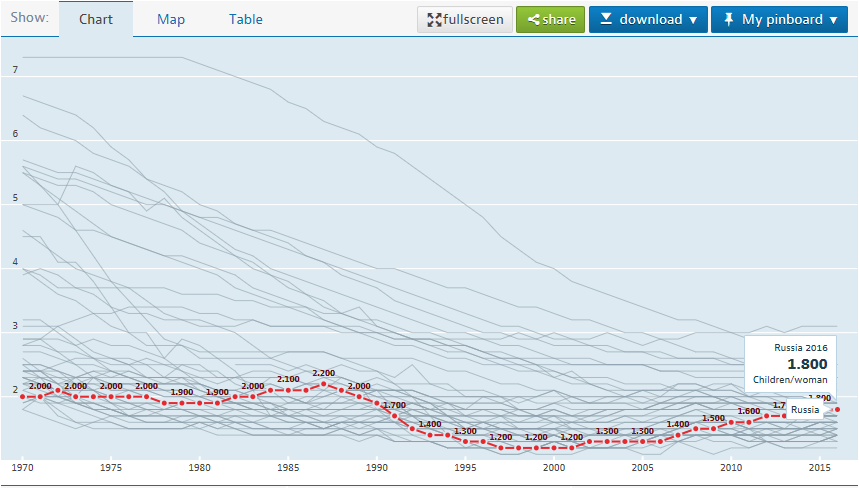 Here, a steady upward trend from the 2000s attracts attention - the absolute minimum at the beginning of the century was 1.2 children per woman, and in 2016, an indicator of 1.8 was achieved. By this indicator, in 2016 Russia even caught up with the United States, where on the contrary, since the 2000s, there has been a steady downward trend, and has surpassed many European countries. In addition, the graph shows that in most countries of the world fertility is steadily declining - Russia is one of the few countries where the reverse trend is steadily holding (even if it is far enough to the level of natural reproduction).

Data for 2018 is not yet available, but the statistics of 2017, however, gave an alarming signal - in Russia, a natural decline in the population was again recorded, and the total birth rate was only 1.6 children per woman. Perhaps this one-time deviation, or perhaps the protracted economic crisis is making itself felt. What do you think?

Comments:
There are no comments yet. To leave them, log in at the top of the page or using your Facebook or Instagram account or sign up .
Similar articles
How Rosstat calculated the lowest inflation in Russian history
Why are there such high mortgage rates in Russia?
Why is Finland living so well?
Is high government debt good or bad?
Territory of ecological disaster - is it possible to solve the problems of Krasnoyarsk?
Tests in economics 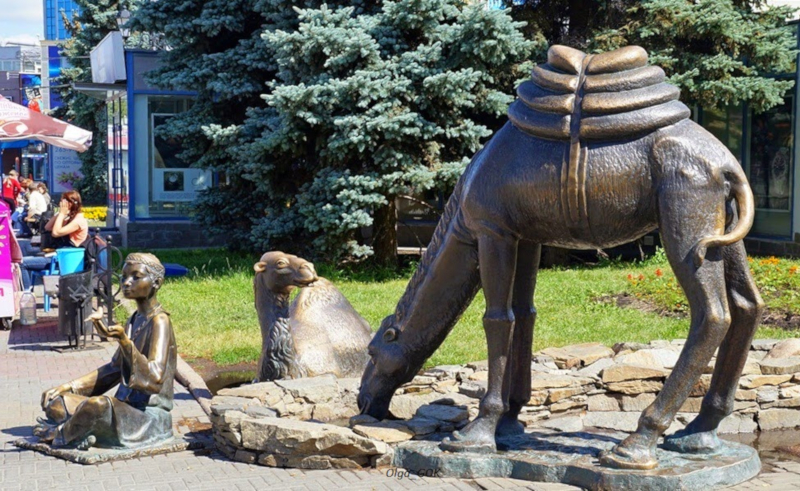 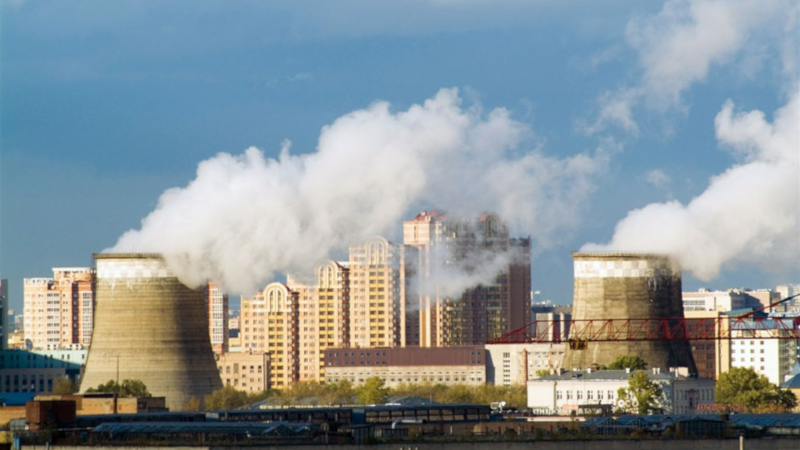 The most terrible areas of Moscow 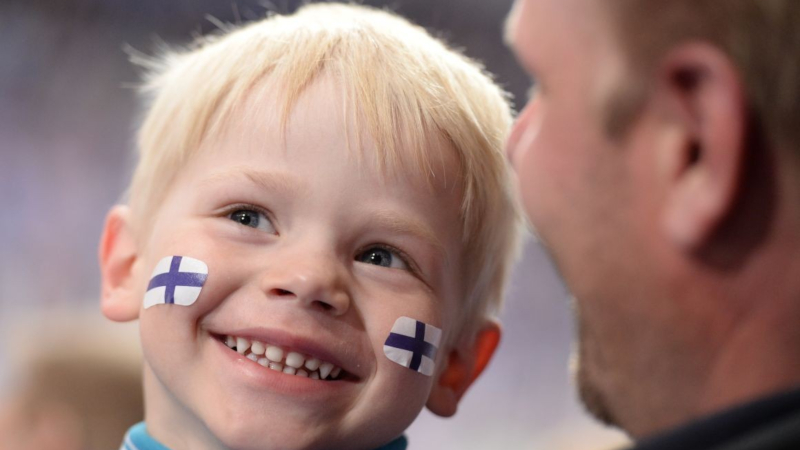 Why is Finland living so well? 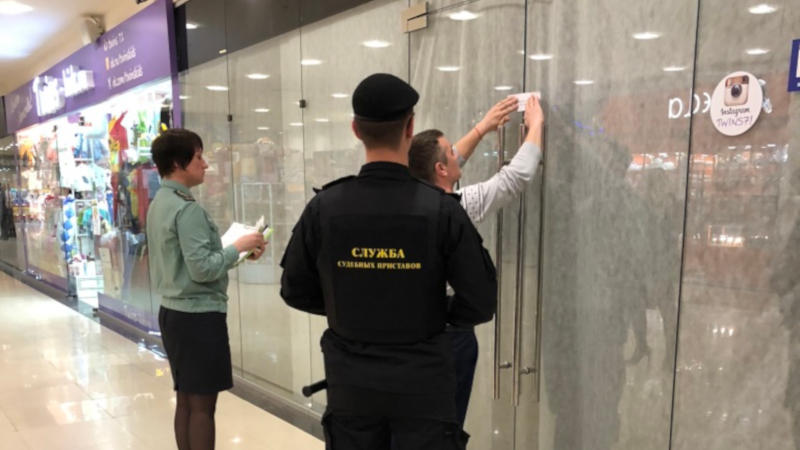